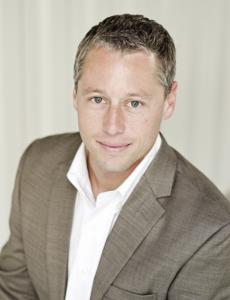 Noah is the company’s CEO. He is the son of founder M. Willis White and has been in the CEO position since 2012. Noah is responsible for setting the strategy and vision for White Properties.

Noah was born in Tucson, Arizona on June 27, 1982, to parents Willis and Ramana Douglas-White. When he was four years old, Noah’s family relocated to Winchester, VA, Willis White’s hometown. Willis White formed White Properties of Winchester, Inc. in 1986 and entered the property development business. After high school, Noah remained home for a year to work at White Properties before enrolling at Radford University where he obtained a bachelor degree in Business Administration-Management. Noah knew he wanted to take on the challenge of a family business.

After college, Noah moved back to Winchester to work full time at White Properties. He began in operations, completing daily tasks and functions of the company. Within a year, Noah moved into sales and marketing to help create cohesiveness among the products and services offered by White Properties. In 2009, Noah began working in the finance department where he focused on cost controls and growing revenue. Noah was promoted to the CEO position in 2012. In this position, Noah is responsible for operations, marketing, financing, creation of company culture, human resources, hiring, firing, compliance with safety regulation, sales, PR, etc. Noah embraces the opportunity to work for the business founded by his father. He understands he is ultimately responsible for the success and failure of White Properties businesses and couldn’t imagine it any other way. Noah looks forward to the opportunities and challenges presented with the continued growth of White Properties.